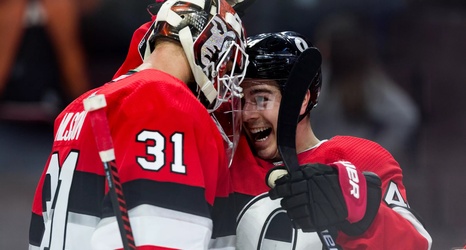 The Senators exacted revenge against the Rangers last Monday before running into a red-hot Islanders team to go .500 in New York. Ottawa subsequently treated their home fans (no attendance jokes please) to an overtime victory against the Kings on Thursday night and withstood a barrage from the Hurricanes on Saturday for those ever-elusive consecutive victories. Although we had a lot more names to work with for the three stars this week, no one shows up on this list who hasn’t already this season.

It makes my job infinitely easier when a Senator has a week significant not only in Ottawa but across the league.