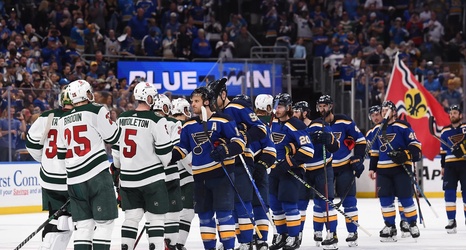 Of the three teams who can clinch round-one victories tonight, Pittsburgh alone can do so on home ice. Despite injuries in the crease the Penguins can complete the “upset” over the Rangers (I use scare quotes because the Rangers had far superior goaltending in the regular season but a lot of analysts pointed to the Penguins’ better five-on-five rates as a significant advantage in this series). Of note, Rickard Rakell and Sidney Crosby had day-to-day statuses last I checked.

Speaking of rates and advantages, neither team has excelled on the penalty kill in the postseason with New York and Pittsburgh ranking eighth and tenth respectively in post-season expected goals against per 60.