Source: Los Angeles Lakers' LeBron James changing jersey from No. 23 to No. 6; Anthony Davis to stay No. 3 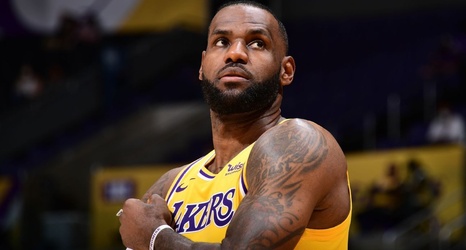 Los Angeles Lakers star LeBron James will be changing from No. 23 to No. 6 on his uniform next season, but not to pass on his old number to Anthony Davis, as he intended a couple years ago.

James will don No. 6 for the 2021-22 season and Davis will stay with No. 3, the number he wore when L.A. won the championship in his inaugural season with the purple and gold, a team source confirmed to ESPN.

James first wore No. 6 in international competition for Team USA and later wore it for the four seasons he played for the Miami Heat because the organization had already retired No.