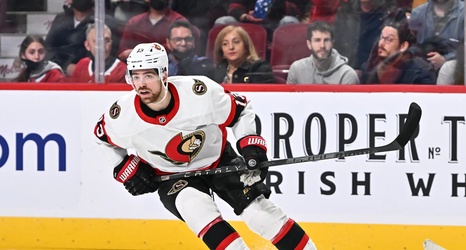 Ottawa Senators General Manager Pierre Dorion continued to keep himself busy as he worked to move Zach Sanford to the Winnipeg Jets.

Sanford, originally acquired in a deal that saw Logan Brown head to St. Louis, will be expected to bolster the middle six for the Jets as they’re still in the hunt for a playoff berth.

The 2022 fifth round pick acquired in this deal gives Ottawa ten picks in the 2022 draft - unless more are dealt this afternoon.