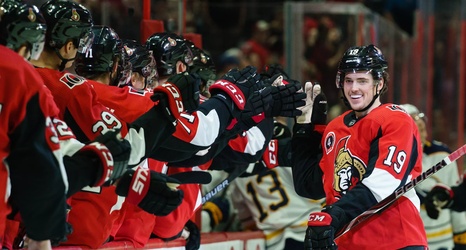 Welcome back for Part Three of my Long-Term Outlook series. So far, I’ve taken a deep dive into both left wing and centre for the Ottawa Senators organization, and today I’ll be analyzing right wing. The objective of this mini-series is to analyze how the Senators might look at each position for the upcoming season, but also down the road. There will be two more entries after this piece that discuss defensemen and goalies.

Right wing is certainly much thinner than other positions, so let’s start with what it will look like this upcoming season:

After the shocking signing of Evgenii Dadonov, Ottawa’s right wing depth looks much better than it did after they first bought out Bobby Ryan.