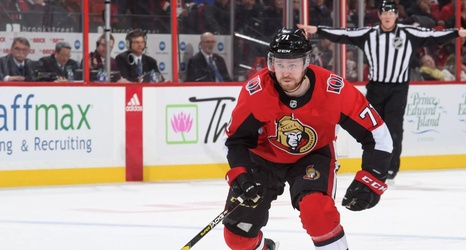 Chris Tierney has agreed to a two-year deal. First year 2.8M Second year is 4.2M AAV is 3.5 million. #Sens like what he brings to the table as a veteran.

As first reported by the Ottawa Sun’s Bruce Garrioch, the deal carries an AAV of $3.5M, worth $2.8M in the first year and $4.2M in the second.

The 26 year-old Keswick, Ontario native has spent the last two seasons in Ottawa, after being acquired from the San Jose Sharks via the Erik Karlsson trade.