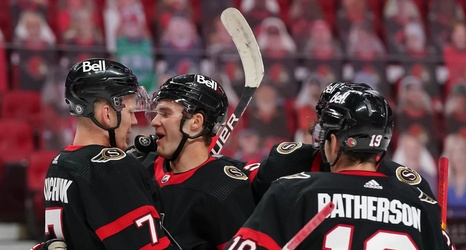 In one of their most impressive wins of the season, it was the Ottawa Senators’ young stars that carried them to victory.

Josh Norris opened the scoring, and Drake Batherson tallied the game winner, as the Senators downed the Vancouver Canucks by a final score of 2-1. The de facto captain of the team, Brady Tkachuk, assisted on both goals.

Marcus Högberg — who earned his first victory in over two months — stopped 25 of 26 Vancouver shots, only getting beat on an Olli Juolevi shot where he was hopelessly screened. Högberg’s counterpart, Braden Holtby, did everything he could to keep his team in it, making some remarkable saves on 27 Ottawa chances.