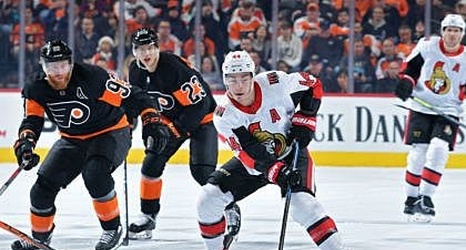 This is the sens sixth loss in seven games, and coincidentally the Flyers sixth win in seven contests.

Senators scoring was supplied by Anthony Duclair who scored two goals, for his 12th and 13th of the year respectably. Brady Tkachuk scored one for his 10th of the year. C. Brown, Chabot, Demelo and Pageau all notched assists.

Philadelphia’s goal scorers were Travis Konecny for his 11th of the year, Shayne Gostisbehere for his 4th, Ivan Provorov for his 7th and Scott Laughton, the game winner for his 4th. Assists were J. Van Riemsdyk with two and Frost, Giroux, Pitlick, Farabee, Laughton and Hayes.