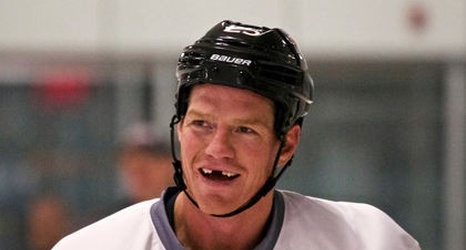 "It was in Toronto, Hockey Night in Canada ... (but) I don't remember touching the puck." the Senators right winger said Wednesday. "I did touch the puck, but I just don't remember it. You're just flying high out there.

"It was an unbelievable feeling, and it seems like it was just yesterday, so it does fly by."

Neil's first NHL fight was against Montreal Canadiens tough guy Gino Odjick one night later, when he also picked up his first assist. And his first goal came four weeks after that, against the now-defunct Atlanta Thrashers.