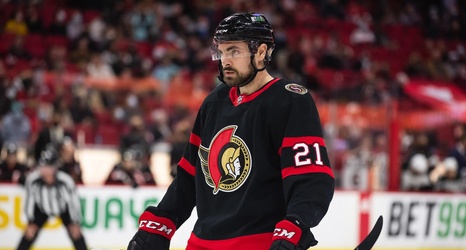 Let it never be said that Pierre Dorion is shy when it comes to making trades. During his tenure as the Ottawa Senators GM, Dorion has re-shaped his roster in ways both big and small via the trade market; the 2022 deadline saw the Sens as active as they’ve ever been with five different trades and a goalie signing. Yet, for all of the activity one can’t help but be left with the feeling that not much has actually changed in the bigger picture. When we look back on this year’s flurry of action, it seems unlikely that the acquisition of Travis Hamonic, Mathieu Joseph, or Zach Senyshyn will have changed the team’s trajectory in a major way.