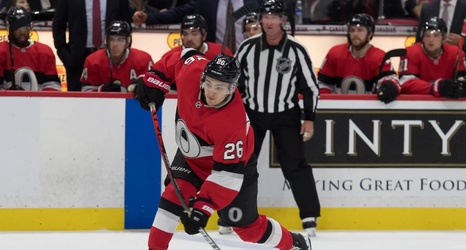 Considering his relatively small role on last year’s edition of the Ottawa Senators, Erik Brännström generated an awful lot of debate among analysts and Sens fans. If you’re a regular reader of this site, chances are that you too have a strong opinion of him one way or another. The pros and cons of his game are immediately apparent upon just a couple of viewings: Brännström struggles while defending against the cycle, particularly versus some of the league’s larger forwards, but he’s also an elite puck mover who can kickstart your offense in a split second. Part of how you feel about the young Swedish defender is also likely related to your own aesthetic preferences for hockey: if it’s necessary that your defensemen throw bone crunching hits and be defensively-minded above all else, Brännström is not going to do it for you.