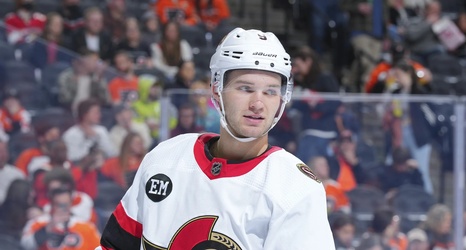 Josh Norris was a much-needed bright spot in an otherwise underwhelming season last year. Initially billed as a defensively responsible, pass-first centre with a high floor but a low ceiling, Norris blossomed into nearly the exact opposite of that in 2021-22; earning himself a nice 8-year contract in the process.

It’s almost hard to believe given how things worked out, but this time last year, a lot of us were wringing our hands about the Sens needing to trade for a real first-line centre so that Norris could be moved down to the second line. We didn’t even know he was the biggest himbo in Sens history.