Ottawa Senators: Three Players Who Need to be Better 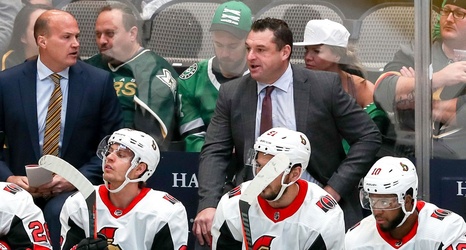 Coming into the weekend the Senators hold a record of 5-9-1 and currently sit two points up on Detroit who is dead last in the standings. The Senators were not going to win more games than they lost this season, pretty much everyone who knew anything about the team understood that before the first puck was dropped on the season.

For the most part, DJ Smith has done a good job of instilling a work-ethic with this team that has them working hard and competing on a nightly basis. The Senators might not win a lot of games, but it definitely won’t be because they didn’t work hard enough.