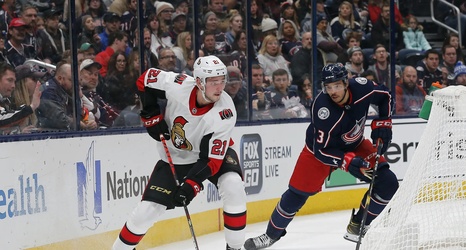 The second biggest Ottawa Senators’ holdout is over: Logan Brown has signed a one year, two way deal. After much speculation that Brown’s time in Ottawa had reached its end, it appears that both sides have agreed to give it one last kick at the can. Here’s what Pierre Dorion had to say about the young forward in the press release announcing the signing:

“Logan is among the most talented prospects in our organization,” said Senators general manager Pierre Dorion. “He possesses many of the tools that could ultimately help him find success in the NHL.