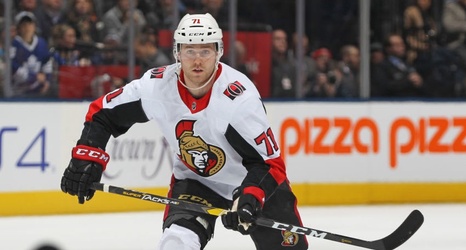 TORONTO, ON - FEBRUARY 6: Chris Tierney #71 of the Ottawa Senators skates against the Toronto Maple Leafs during an NHL game at Scotiabank Arena on February 6, 2019 in Toronto, Ontario, Canada. The Maple Leafs defeated the Senators 5-4. (Photo by Claus Andersen/Getty Images)

The deal has a $3.5m AAV, which will pay the Keswick, Ontario native $2.8m in the first year, and $4.2m in the second year. Since joining the Senators from the San Jose Sharks in the Erik Karlsson trade, Tierney has posted 20 goals and 65 assists in 152 games.