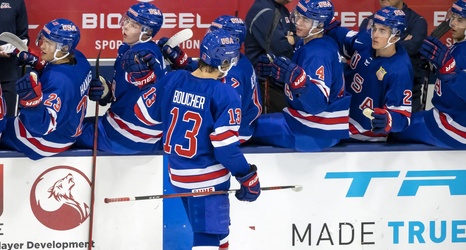 Next up in our annual Prospect Awards, is the award for Biggest Underachiever, awarded to the Sens Prospect who had the most underwhelming season relative to expectations. Even though goaltender Filip Gustavsson’s save percentage fell considerably from last year, and defenseman Jonny Tychonick continued to fall short of his second-rounder status, the decision to crown Tyler Boucher was fairly straightforward.

I’m not going to be too hard on the kid here, because most of what went wrong was out of his control. It all started from the moment the Ottawa Senators selected him last year with the 10th overall pick.