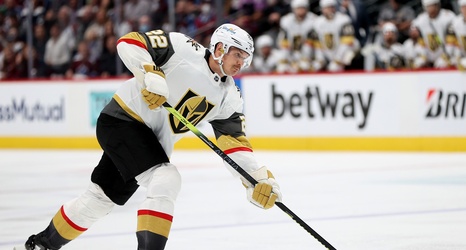 DENVER, COLORADO - JUNE 02: Nick Holden #22 of the Vegas Golden Knights fires a shot against the Colorado Avalanche during the third period in Game Two of the Second Round of the 2021 Stanley Cup Playoffs at Ball Arena on June 2, 2021 in Denver, Colorado. (Photo by Matthew Stockman/Getty Images)

The steady defenceman was acquired in the Evgenii Dadonov trade

Nick Holden is a 35, left-shot defender who can play both sides. He was in a trade that sent Evgenii Dadonov to the Las Vegas Golden Knights.