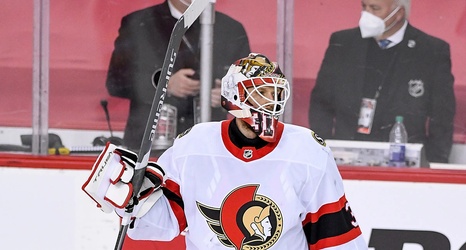 “Anton’s addition has been a steadying one for us this season,” said general manager Pierre Dorion in a team-issued statement. “He possesses a calm and controlled playing style, has good size and ability, is a tireless worker with good habits and is a good teammate. He’s worked hard in practice to earn his playing opportunities and this contract extension.”

The 28 year-old Forsberg — drafted 188th overall by the Columbus Blue Jackets in 2011 — was claimed by off waivers by the Senators on March 17th, coming from the Winnipeg Jets.