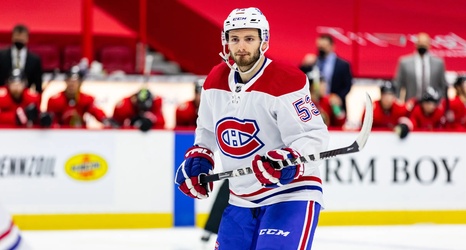 After making a couple of subtractions last night, the Ottawa Senators have made an addition, claiming defenceman Victor Mete off of waivers from the Montreal Canadiens.

A fourth-round draft pick of the Canadiens in 2016, Mete has appeared in just 14 games this season, tallying three assists. The Woodbridge, Ontario native has 185 NHL games under his belt, with four goals — all coming last year — and 30 assists for 34 points during that span.

Mete, 22, is a skilled puck-mover, who for whatever reason hasn’t been able to consistently crack the Montreal lineup this year.