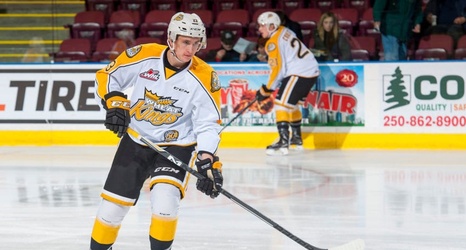 With their final selection in the 2020 NHL Draft, the Senators selected Cole Reinhardt

Pierre Dorion and his scouting staff have never been scared to take the occasional overager and that was apparent with this draft class, topped off by the selection of 20-year-old Cole Reinhardt.

Reinhardt spent four-years with the Brandon Wheat King’s organization and while he didn’t have many accolades he was a reliable player during his tenure.