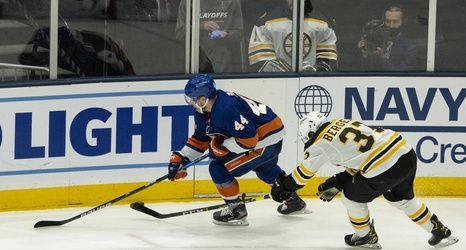 The Islanders went into this game with a chance to win the series on home ice and eliminate a team that seems to be a contender every year, and they did not waste it. Travis Zajac scored the first goal to put the Islanders up 1-0, but Marchand evened the score before time ran out in the first period. The Islanders really took control of the game in the second, though, with Brock Nelson scoring two in a row, and Kyle Palmeri later finding the back of the net to make the score 4-1 heading into the third.

Now, I hardly need to remind any of my readers of the Bruins’ record when down 4-1 and facing elimination.