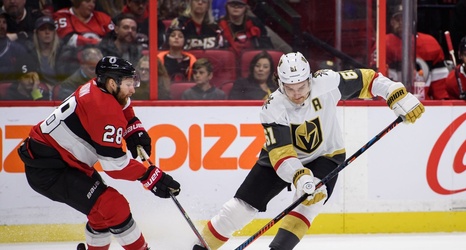 The Las Vegas Golden Knights (24-19-6) visit the Ottawa Senators (16-22-8) headlined by Mark Stone’s first game back in Ottawa against his former team.

It’s difficult to describe what Mark Stone’s departure did to the Ottawa Senators fan base.

It felt like it was the last straw for fans in the Senators’ tear down. Karlsson’s departure was premeditated and Duchene’s didn’t leave people nearly as sour because he was wasn’t even around for a full season.

However, when Stone was traded to the Las Vegas Golden Knights on February 25th 2019, it was an unprecedented gut punch to Sens fans, and to add salt to our wound, he immediately signed an extension with Vegas.