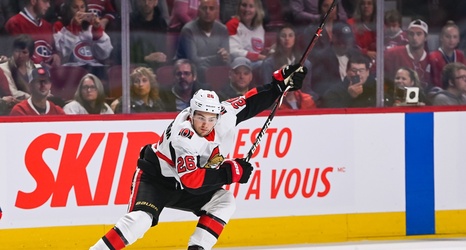 The Ottawa Senators have struggled throughout much of the early goings of the season, particularly when it comes to winning games and scoring goals on the powerplay. The not winning games part really comes as no surprise to anyone who has followed the Senators heading into this season. On the other hand, the not scoring on the powerplay is a little more surprising to many fans.

Coming off a win at Madison Square Garden on Monday, the Senators fell 4-1 in Brooklyn against the white-hot New York Islanders. Head Coach DJ Smith is making changes to his lineup heading into tonight’s game.