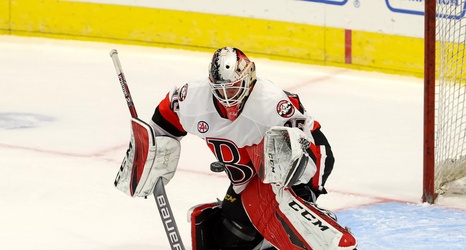 The Ottawa Senators have locked up their top goaltending prospect, signing Joey Daccord to a three-year extension.

“We’ve been very pleased with Joey’s development,” said GM Pierre Dorion. “He’s a big, athletic goalie and an excellent puck handler who exudes the necessary confidence to compete at the highest level. He’s become a valuable asset within our pool of goaltending prospects.”

After a college career with the Arizona State Sun Devils, Daccord made his NHL debut in April of 2019, stopping 35 shots in a 5-2 loss to the Buffalo Sabres.