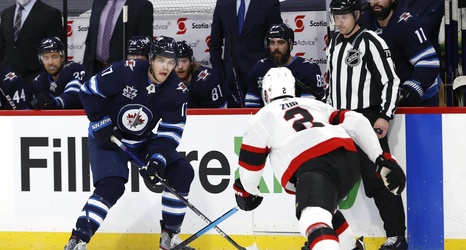 The Ottawa Senators are coming off their fourth straight loss, as well as a few trades from the back end. Tonight, they look to break their losing streak, and win their second game this season against the Winnipeg Jets.

While we’ve seen multiple good performances against teams like the Flames, Leafs, and even the Oilers, the Senators haven’t been able to put together a strong showing against the Jets ever since that 4-3 overtime loss early in the season. It’s unfortunate, since the Jets are actually one of the league’s weaker teams at driving play; they’ve been carried for the most part by a lethal power-play and world-class goaltending from Connor Hellebuyck, last seen shutting out the Montreal Canadiens in a 5-0 thrashing.