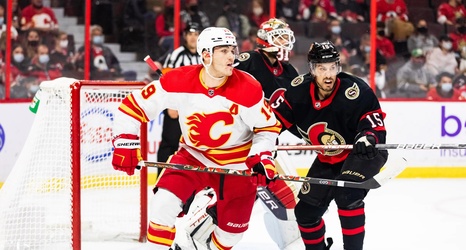 Before the last time the Ottawa Senators played a game, I wrote a preview noting how strange it was to have a two week break in the middle of the season. Well it’s been almost two weeks since that game. In some ways, very little has changed for the Sens in the intervening time except that more players have been in COVID-19 protocols. The main upshot of all this re-scheduling is that Ottawa will have to cram in a huge number of games down the stretch. But that’s a story for another day. Tonight, the Sens will enter their match-up with Calgary about as well-rested as they could be, with a long stretch of practices to presumably sharpen their play.