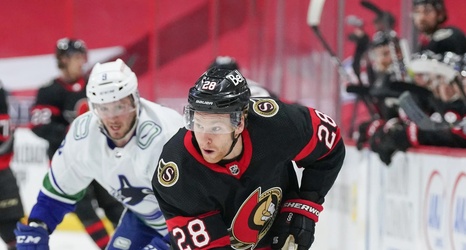 Whether it will impact the game or not, there will be plenty of change for the Ottawa Senators tonight as they host the Vancouver Canucks.

To start, this is Ottawa’s first game with an NHL roster that does not include Matt Murray. Since being waived on Saturday, Murray has been spending time in Belleville and will be making his AHL debut this Saturday.

The two main changes we’ll be seeing that will actually impact the game tonight will be Adam Gaudette’s Sens debut and Drake Batherson’s return from COVID protocol.

Gaudette, 25, was claimed off waives from the Chicago Blackhawks the same day the news broke that Murray was being put on waivers.