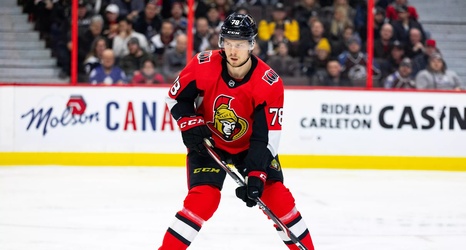 Giving another prospect the chance to prove themselves as a full-time NHLer, the Ottawa Senators have signed Filip Chlapik to a one-year, two-way extension.

“Filip’s a competitive player who works hard,” said GM Pierre Dorion via a team-issued statement. “He has applied himself to becoming an important player for us in Belleville. We’re confident that same work ethic will be equally as effective for him as he strives to become the same type of player in Ottawa.