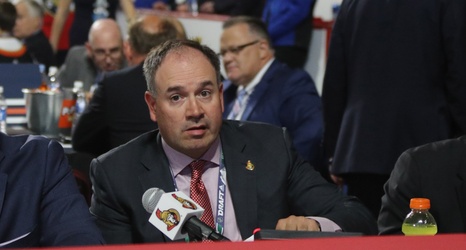 With the NHL Draft starting on Friday, I tried my hand at running the Senators draft table using the Draft Hockey Prospects mock draft simulator

The NHL Draft won’t be as crucial for the Ottawa Senators franchise as in years past, regardless, holding a top-10 pick in any draft is an enviable position to be in and the team will certainly acquire the best talent available with their first selection.