Daniel Alfredsson Belongs in the Hockey Hall of Fame 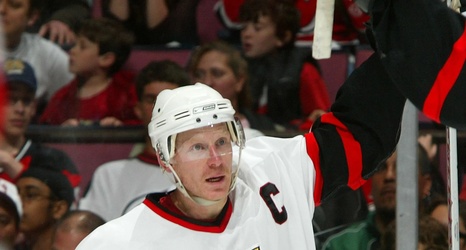 I know that every fanbase overrates their own team’s players.

This topic comes up a lot when it comes to Ottawa Senators legend Daniel Alfredsson and his candidacy for the Hockey Hall of Fame. If you ask Sens fans, we’ll say it’s a travesty that he isn’t in yet; he was undoubtedly the greatest Sens player of all time, and the fanbase holds a reverence for him that no player in franchise history has come close to matching. But to much of the rest of the hockey world, Alfie falls into the good-but-not-great category, a player who will certainly be fondly remembered by hockey fans but whose induction would cheapen the Hall of Fame selection criteria.