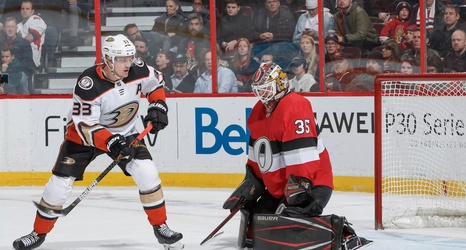 Ottawa had plenty of chances, and put forth an overall decent effort, but once again found themselves on the wrong side of an extra time defeat.

Ondrej Kase and Rickard Rakell both scored in the shootout, and John Gibson denied all Ottawa chances, as the Sens fell 3-2 to the Anaheim Ducks. Marcus Hogberg stopped 30 of 32 in regulation, while both Drake Batherson and Artem Anisimov found the back of the net.

The first period could perhaps be best described as a slog.