An All-Canadian Lineup of Ottawa Senators? 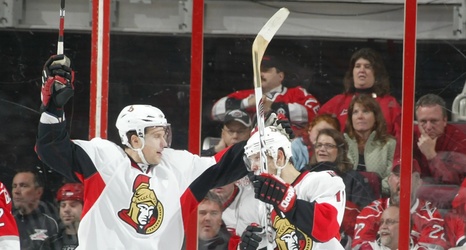 The Ottawa Senators’ offseason is moving along at a snail’s pace, with defenseman Michael Del Zotto being the biggest name acquired thus far. While we’re waiting to see just who that elusive top-six center turns out to be, we’ve got plenty of fantastic stories surrounding Canada at the 2020 Tokyo Olympic Games to keep us busy.

The Canadian women’s soccer team avenged their 2012 loss to the Americans, and are going for gold tomorrow. Andre De Grasse struck gold in the men’s 200m mere hours ago, the first by a Canadian in that event in almost a hundred years.