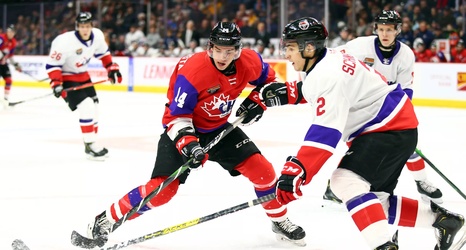 We can tell you right now that more than six defencemen will be taken in the first-round, as a ‘weak’ class will mean that teams will more likely reach on players than wait for them in the second round. There are usually nine defencemen taken on average in the first round. This was the case in 2016 and 2017, and over the last five draft classes, we’ve gone as low as eight (2015) and has high as 14 (2018).