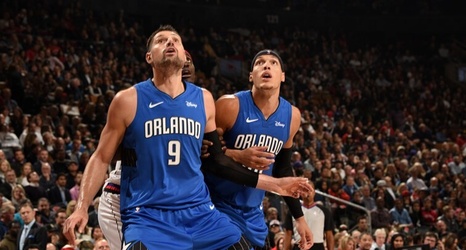 INDIANAPOLIS – Two magnetic resonance imaging tests revealed on Thursday what the Orlando Magic initially feared when they saw center Nikola Vucevic and forward Aaron Gordon go down with ankle injuries – they will be without the two standout starters for at least a short period of time.

Vucevic, an all-star last season and the reigning Eastern Conference Player of the Week, was diagnosed with a lateral sprain of his right ankle following an MRI on Thursday. The 7-footer, who is in his eighth season with the Magic, will be re-evaluated in approximately seven-to-10 days, meaning he will most likely miss the next five games and maybe more.