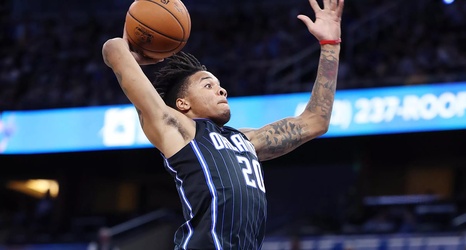 That’s what happens when a former No. 1 pick, who was discarded by his former team and seemingly unable to shoot a basketball, makes his highly-anticipated return to the court. It was Fultz first regular season game since November of 2018, and it was one three-pointer away from being a perfect start. Fultz opened the game by making his first four shots in the first quarter, later added a thunderous one-handed dunk, and also made some pretty passes. He generated quite a bit of excitement inside Amway Center...and also on Twitter.