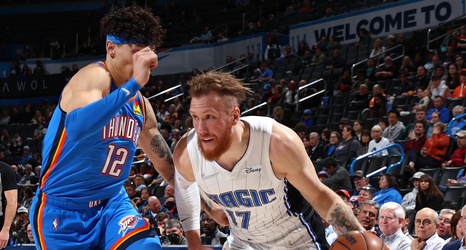 It will be considered the biggest loss of the season for the Orlando Magic.

Facing an Oklahoma City Thunder team that had lost 10 straight games and was threatening to bump the Magic from the league’s bottom three in the draft lottery standings, Orlando matched OKC move for move in what became a tanking chess match.

The Thunder sat Shai Gilgeous-Alexander against the Magic for the second time in three games, so Wendell Carter Jr. got the night off to nurse wrist and ankle sprains. Already without Jalen Suggs and Markelle Fultz, Orlando veterans Terrence Ross and Gary Harris got DNPs.