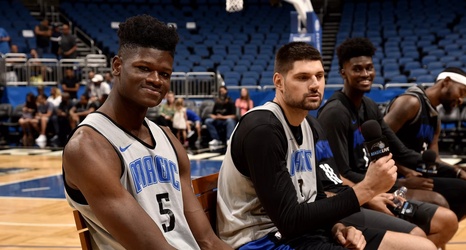 This offseason the Magic front office made a big investment. In locking up their All-Star center Nikola Vucevic they made him the 23rd highest paid player in the NBA for the 2019/20 season, with his four-year, $100 million pact kicking off with a figure of approximately $28.4 million in year one. It’s a big monetary figure for the big guy in the middle who was a big part of last season’s success.

The move also reflects an investment in being big. Orlando will now field one of the largest rosters in the league in terms of size.