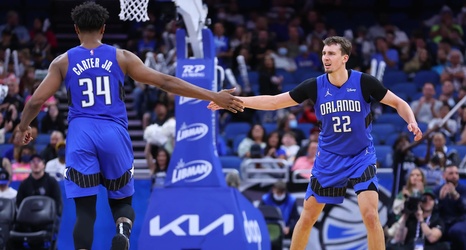 With the working week winding to an end, let’s check the pulse of all things pinstriped.

Who won the week that was?

He’s been the brightest of spots all season long, a fact which remains constant through the closing stages. Franz Wagner’s star continues to shine even as the games mean less and less. He dropped a wonderfully efficient 28 points against the Wizards, arriving there on 11-20 shooting that included a perfect 3-3 from deep and 3-3 from the line. He also top-scored with 19 in the tilt against the Kings, while he turned up the play-making dial against the Cavs in piecing together 10 points and 6 assists (despite not seeing the floor in the fourth quarter).