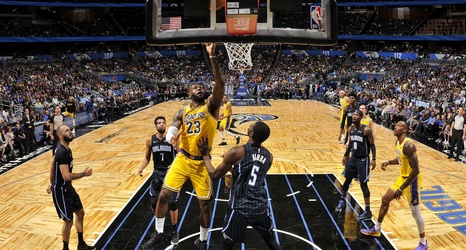 The Orlando Magic were at the lowest of low moments when the Los Angeles Lakers took a 24-point lead on their home floor.

The Magic scored just nine points, watching a lackluster offense betray a defense that was at least momentarily engaged. Against the likes of LeBron James and Anthony Davis, that will not cut it. Not with their ability to beat even the best defense and the Lakers’ ability to spread the floor.

Orlando gave up seven offensive rebounds in the first quarter alone. A sign of their defensive imprecision and the lack of detail they have shown of late against the best teams in the league.