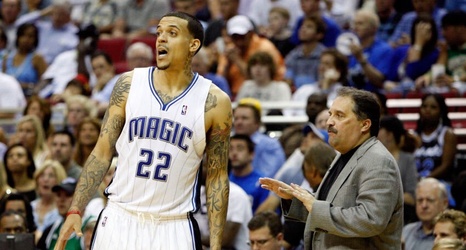 Matt Barnes had tremendous respect for Stan Van Gundy but said his overtinkering may have cost the Orlando Magic. (Photo by Doug Benc/Getty Images)

The Orlando Magic sparked a bit of debate this week.

With the release of the poster and trailer for the upcoming The Matrix: Resurrections movie, the team’s Brazil-based account presented a binary choice and sparked debates among fans. Making Magic fans choose between the 1995 and 2009 Magic, the franchise’s two NBA finalists, is always a difficult choice.

This is always an unfair ask. Fans still look back wistfully on these teams and the eras they represent.