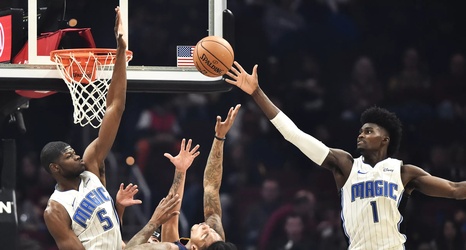 The Magic entered Friday’s contest in Cleveland within striking distance of a .500 record, needing only to take care of a depleted Cavaliers lineup to square their season’s ledger. They were made to work for it, eventually securing the result despite a wayward offense and a lack of defensive intensity for much of the game.

Evan Fournier and Markelle Fultz, like the pair have recently done so frequently, ensured that Orlando were able to hang around early in this one. Fultz was aggressive from the opening possession, using dribble penetration to get into the heart of Cleveland’s defense and create clean looks for both himself and teammates.