Liverpool's comeback vs. Barca will be remembered as Anfield's most magical European night ever 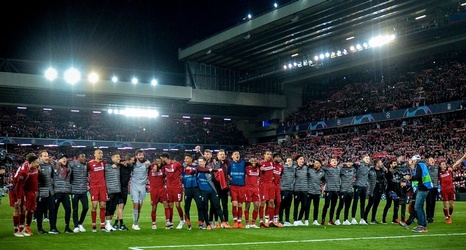 LIVERPOOL, England -- Jurgen Klopp even hinted that he didn't believe Liverpool could pull off a Champions League miracle against Barcelona, admitting on Monday that "beautiful failure" was perhaps the best his team could hope for against the Spanish champions.

Come on, Jurgen, you need to have more faith. Your players have shown they are capable of anything, but nothing can match this: a 4-0 rout of Barcelona when every odd was stacked against them.

Trailing 3-0 from the semifinal first leg in the Camp Nou, when Liverpool were taken down by the genius of Lionel Messi, Klopp and his players really had the faintest of hope going into the second leg at Anfield.