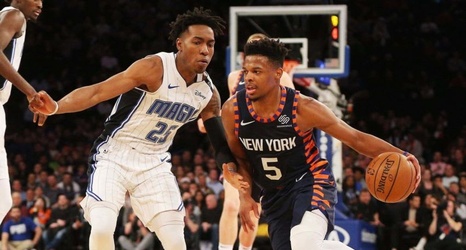 Dennis Smith has long been a focus of Orlando Magic fans. But acquiring him would not be wise. Mandatory Credit: Andy Marlin-USA TODAY Sports

The Orlando Magic were involved in some early rumors as the New York Knicks look to move around. It previews a difficulty they will face this offseason.

The end of the NBA season and the oncoming NBA Draft has reopened the trade possibilities around the league.

Everyone — including this site — is thinking about the trade possibilities and how to improve their teams. With so few free agents and so little cap room to spend for most teams around the league, trades are going to be the main vehicle teams improve.