Keeping Nikola Vucevic was a necessity for Orlando Magic 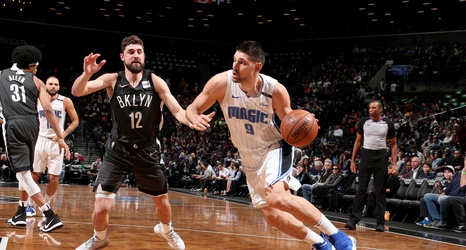 Entering the 2019 offseason, there was a lot of hand-wringing and heated debate among Orlando Magic fans.

Yes, the team made the playoffs and had its breakthrough moment. The team surprised everyone with a 42-40 season and earned some form of league-wide respect. The national media may not have taken note of the Magic explicitly, but other teams around the league certainly understood what the Magic accomplished.

And at the heart of it was a truth that coach Steve Clifford told a skeptical media throughout the entire season.

Nikola Vucevic was always the player teams worried about most when facing the Magic.