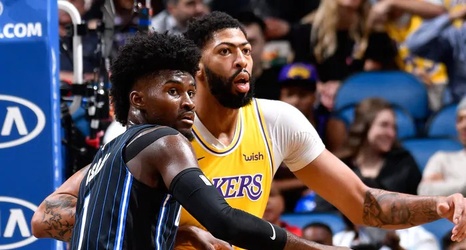 ORLANDO – Soon on OrlandoMagic.com, a top 10 ranking of my Defensive Player of the Year candidates will be revealed.

Wednesday’s game between the Orlando Magic and Los Angeles Lakers featured at least two and maybe as many as four of the players that will be on the list.

Right now, the Magic’s Jonathan Isaac and the Lakers’ Anthony Davis – the NBA’s top two shot blockers at the moment – deserve to be No. 1 and No. 2, in either order, on the list. They both have been absolutely extraordinary on that end of the floor.