Fournier 11th Magic Player to Score 30-Plus in Consecutive Games 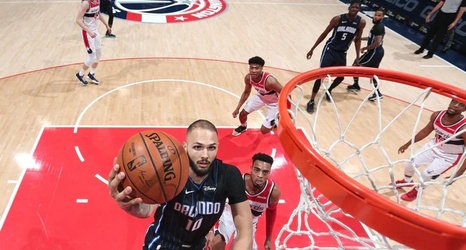 ORLANDO – Born partly out of necessity and partly the product of the maturing of his game, Orlando Magic guard Evan Fournier is in the mist of the best scoring stretch of his eight-year NBA career.

On the heels of him tying his career high of 32 points in Sunday’s defeat of the Golden State Warriors, Fournier delivered a 31-point gem on Tuesday night in Washington against the Wizards. Those efforts allowed him to become just the 11th player in the 31-year history of the Magic to score at least 30 points in consecutive games.