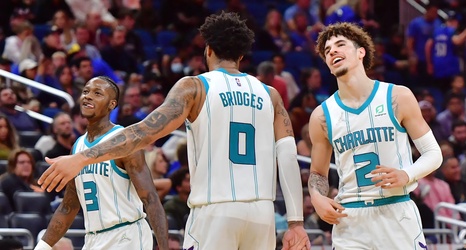 Playing without their leading scorer in Cole Anthony for the third straight-game, the Orlando Magic dropped their fourth contest in a row (and seventh loss in their last eight games) Wednesday night at home against the Charlotte Hornets, 106-99.

The Hornets were led by their starting back-court duo, Terry Rozier and LaMelo Ball. Rozier scored a game-high 27 points, and Ball added 22 points, 4 rebounds, and 4 assists.

The competitive contest Wednesday night saw 17 lead changes, a stark difference from the last time Orlando was on the court.

“I loved our fight,” Magic head coach Jamahl Mosley told reporters after the game, citing that his team’s defensive effort was much improved compared to what he saw from them in Milwaukee over the weekend.