Can Evan Fournier save the Vucevic-less Orlando Magic? 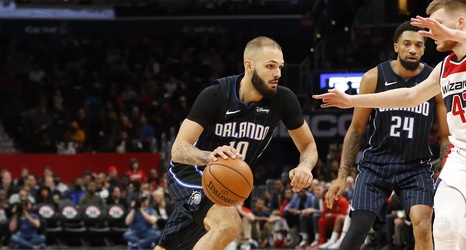 Magic fans have seen some pretty dark days in recent years, and I don’t think it’s a stretch to say that November 21, 2019 felt like one of the darkest. That was when the public received an official diagnosis for Magic All-Star center Nikola Vucevic: at least four weeks on the shelf with a right lateral ankle sprain.

The injury itself wasn’t that severe, but for the struggling Magic sitting at 6-8, it felt like the push that may send their hopes of a second-consecutive playoff season off a ledge.

2018 was a breakout year of sort for Vucevic, who had always put up solid numbers, but none of it had really amounted to wins outside of a very wild run in December 2015.