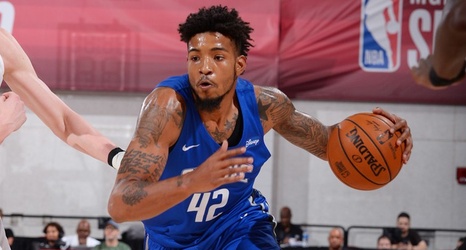 Playing point guard isn’t completely unfamiliar to Angola, a 6-foot-6, versatile player with great length and playmaking abilities. He has handled point guard duties before while playing for the Colombian National Team. When he’s been on the floor for the Magic’s Summer League team, Angola has often been the one bringing the ball up and orchestrating the offense.

“I feel like I have a pretty high basketball IQ,” he said. “I feel like the coaches believe in me bringing the ball up the court. Sometimes they pressure the point guard a lot, so playing two positions you have to handle the ball and I try to do that.