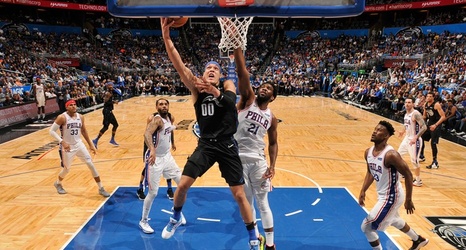 Aaron Gordon was a good defender during his first four years in the league. He became a great defender in 2018-19. So much so that the 6-foot-9, 220-pounder should be in the conversation for one of the NBA All-Defensive Teams.

Former All-Stars Kevin Love, Gordon Hayward and Draymond Green, meanwhile, shot a combined 4-of-19 from the floor when the Magic’s versatile forward was the closest defender.